Summary of each novel I have published 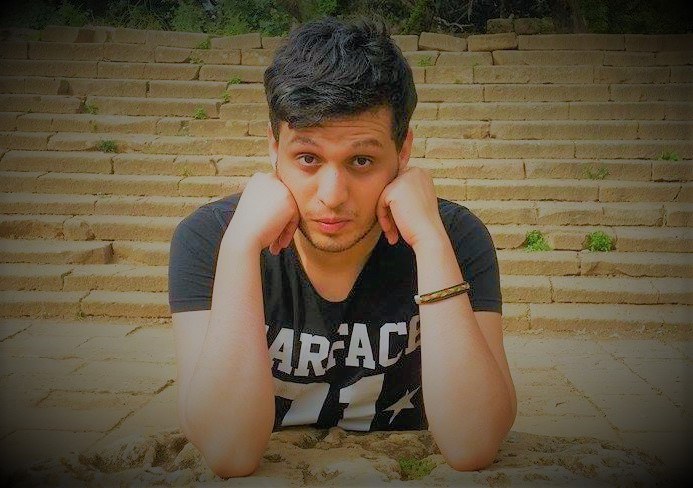 The Hallucinations of Jibril

In a dreadful masculine society, the reader encounters Maria, a young Algerian woman, who is found punished by fate in the most horrible ways. After she was raped, Maria is seen as a criminal rather than a victim, because she has  lost her virginity. Shortly after, Maria discovers she was pregnant, and gave birth to a male child. In instance of shock and derision, Maria left her child in the mountain, the very place where she gave birth. Leaving her child behind her, this becomes her foremost obsession later, as she insatiably launched a quest to look for him. The protagonist flees her village to Algiers in the hope to be liberated, only to find masculinity everywhere. As the story progresses, Maria was receiving visits from, and what looked like as hallucinations, the international writer Gabriel García Márquez to help her in the search for her son. The story indicates that the Gabriel Garcia Marquez could be incarnating several roles, including the Holy Spirit, and Gabriel the archangel. Maria marries her son without knowing, and from this incest a child is born in a very cruel scene that reflects the blackness of the sexual misery experienced by Algerians. The novel carries instances of the story of the Virgin Mary, however, the topic is more complex; analyzing the Algerian society from a feminist perspective is one of the subjects dealt with.

The novel was confiscated at the Algerian Book Fair in 2017 on charges of religious contempt and heresy towards the character that carries traits of the Virgin Mary. The objectives of the novel was only to re-examine the “virginity of women” that was sanctified in the religious perspective and to try to criticize society and its masculinity with something related to its religious beliefs, but I was not very professional in writing this novel. However i was able, through this novel, to convey an important idea about women and their rights in society.

The City of White Shadows

50 years after leaving Algeria, Jean-Pierre, a French settler, returns to Algiers with a heart burdened with memories to recount his reminiscences of the city and of the Algerian War of Independence. The novel tackles the forms of racism through instances from Jean-Pierre’s childhood, and his memories with the rest of the Algerians. The protagonist retells his story defending the values of coexistence between peoples and religions in the Arab neighborhood. In this very same neighborhood, Jean-Pierre falls in love and forms a deep relationship with an Algerian boy named Khaled, who later dies in the war. Jean-Pierre discovers his nationalism, his passions, and so he discovers God, who was merely a homeless man in Bab el-Oued, a neighborhood of the capital, that was visiting him on his bicycle, claiming that he created heaven with chewing gum and that the women’s bottoms were his greatest creations. God, later, was taken to the madhouse while Jean Pierre learned to practice masturbation and finds himself alone struggling with religions without god.

I was accused, because of this novel, of apostasy as well as contempt of Islam and insulting the Algerian  revolution. The novel was only a fictional adaptation to commemorate the memory of the Algerian poet, and first gay Algerian to come out, of Spanish origin, Jean Senac, who is one of the most important figures in the Algerian War of Independence. Jean Senac was assassinated by the regime of former President Boumediene in 1973. The poet, in the height of French colonialism, wrote a famous letter he called “A letter to a young French man from Algeria”, where he mentioned a young French man named Jean-Pierre and tried to convince him of co-existence and join the fight to end the struggle of Algerians towards their liberation. I took the character of Jean-Pierre and gave it a story and a life in memory of the poet.

What God hides from us 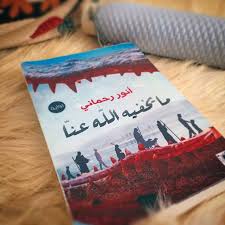 Engaging in dystopian literature and dealing with a fictional state with no name and no borders, this novel depicts the story of inhabitants who believe in the religion of crocodiles. According to this belief, characters reach a pleasing pleasure when they are eaten by a crocodile, where the bite of the crocodile to a man is equal to 100 times the sexual pleasure. This world is ruled by a transparent, blind-looking president named Jakusha with an iron fist. He has monks who compete to reach the level of “pimp”, the highest degree in the religious system. Later, a child with a large head was born, and the monastery of Jakusha decides him because his big head poses a threat to their interests.

The novel explains how politics exploits religion and the danger of the theocratic state and how the politician might use the power to control people. The novel was published in Egypt and banned in Algeria, as a result hundreds of copies were confiscated at Algiers airport in 2017.

In a purely surreal world, the novel recounts the story of a child born with two genitals, to be neither a male, nor a female, but both. In a devout Islamic village controlled by an imam, the birth of the child is a scandal for their parents, who wished to have a male. As a disappointment to them, since he was neither male nor female, they did not give him a name. The imam would later decide that he was a creation of Satan because God did not mention this situation in the Qur’an. Later, struggles begin between the child and the imam, and the child’s attempt to destroy the village’s totem represented by the forbidden land, the broken tractor, and the telephone with the reeling speaker. The kid tries to look for the lost wheel to repair the stalled tractor and attempts to fix the phone’s speaker. However, a voice coming from inside the phone tries to resist this attainment. This novel is an experimental dystopian fiction that discusses several sexual, religious, intellectual, and authoritarian dimensions in religious and primitive societies and serves as a critique of the Muslim community.